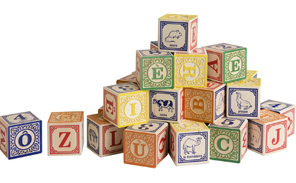 I decided to attempt the “Family History through the Alphabet” Challenge prompted by Gould Genealogy. I normally don’t participate in weekly themes, but this one allows for creativity since each individual chooses a topic (one letter per week) that pertains to their own family history. And it will definitely be challenging based on the amount of time it took me to come up with a word for the letter “A”.  A is for…Alphabets! In learning the basics of a few other languages as part of my family history research, I’ve had to learn a few new alphabets that go beyond the ABCs I’ve known since childhood.

The first foreign records I researched were in German.  Fortunately, the German alphabet is essentially the same as the English alphabet but there are four extra letters: ä, ö, ü, and ß. These are sometimes substituted with ae, oe, ue, and ss, so these new letters were not so difficult to learn. With regard to alphabetical order, these letters are usually mixed in with their base letter (a, o, u, and s) but sometimes placed afterwards. Although the order of the German alphabet is exactly the same as in English, I have found that occasionally books may have a name index that combines like-sounding letters. In one genealogy-related German book (a häuserchronik), the index order is: A, B/P, K/C, D/T, E, F/V, G, H, I/J, L, M, N, O, R, S, U, W, Z. This is likely because surname spellings were flexible until more recent times, so Bergmeister was once Per(g)meister and Fischer may have been Vischer.

The next alphabet I had to learn was Polish. The Polish alphabet has 9 vowels and 23 consonants.  Letters not found in English include: ą, ć, ę, ł, ń, ó, ś, ź, and ż. There is no English q, v, or x in Polish.  And yes, there are 3 forms of “Z” – z, ź, and ż. The most critical thing to learn about these new letters is alphabetical order – they are not mixed in with their base letter counterparts but instead follow them in order.  So if a surname begins with the letter Ś like Ślesinski, it will be found in an index after all of the surnames that begin with S. It was also important to know what these letters sound like because they have no English equivalent.  That is why my original surname, Piątkowski, “translates” into English as Piontkowski – the letter “ą” sounds like “on” in English.  (How it became Pointkouski is best left to another post!)

Just when I mastered the Polish alphabet, along came the need to know Russian since many of my Polish ancestors came from the Russian-partitioned part of Poland. The Russian alphabet was not nearly as easy as either German or Polish, because Russian uses Cyrillic letters, not Latin. I still can’t figure it out, quite frankly. There are 33 letters, and while each letter has an English equivalent, genealogists have to realize that alphabetical order in Russian won’t be A, B, C, D, but instead A, Б, B, Г (in English: A, B, V, G). I find the Cyrillic letters very confusing, especially when trying to translate a name that uses the Polish alphabet into Russian.  Steve Morse’s site has several language tools that help researchers “translate” into the foreign types, both printed and handwritten. The name Piątkowski becomes Питковский in Russian.  I think; it’s all Greek to me.

Just when I thought my family history led me to all the alphabets I could possibly master, recently a new one has appeared…Czech! I am just beginning to find out more about my Bohemian ancestry. The Czech language has 31 different letters, and while it may look a little like Polish, there are some entirely different letters like č, ď, and several more. So my Polish-born Elżbieta would be Alžběta in her parents’ Czech language.

If I had only known in high school how important alphabets and languages would be to my future as a genealogist, maybe I would not have studied French and Italian – great languages for countries in which I have no ancestry. Fortunately, the Latin I took did come in handy for Catholic records in both Germany and Poland before the records were written in the native languages! 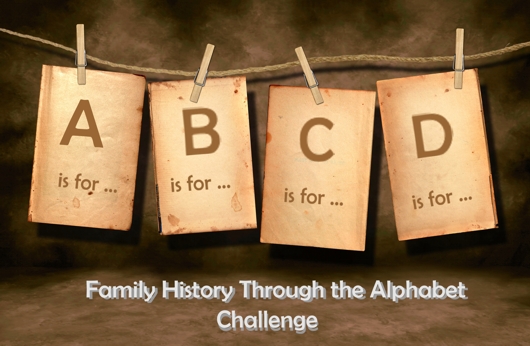 [Written for the weekly Family History Through the Alphabet Challenge]

4 thoughts on “A is for Alphabets”