Each year, no matter how much or how little I’ve written on this blog, I always post a “look back” at the year – mostly just for me. Every year has its good times and bad, but this year the bad stuff was so pervasive that it was hard to remember all the things that made me smile. So let’s get the “bad” out of the way up front to focus on the brighter spots (note: these bad events all happened in the second half of the year). First, I lost my father. That alone is enough pain for one year. But shortly thereafter, although not through death, I lost the person I considered to be my best friend, the person I could always rely on for a positivity, comfort, and support. Then, I lost my best chance at a promotion for a position I’ve worked towards for a long time. Add to those losses four trips to the hospital with my mother (resulting in two stays), the dissolution of a what I thought was a good friendship in work, and a persistent three-month cold; I’m about ready to raise the white flag on 2016!

But, stuff happens. Unfortunately, sometimes it happens all in one year, but at least I learned that if you try hard enough you can find something to be grateful for. And I did.

Since this is a genealogy blog, I always like to look first at my genealogical finds for the year. I obviously did not write much here, and I also didn’t have much time for research. But, there’s always a mystery that gets solved. Early in the year I heard from a cousin that lives in Warsaw and made good strides on that family line (Kizeweter). I met my mother’s first cousin while attending the NGS conference in May, and my mother and I had dinner with two of her second cousins – that she had never met – for her 81st birthday. A kind genealogy friend looked up a record for me, and now I know the names of another set of 4th great-grandparents on my Maryański line. Finally, I delved a lot deeper into the gene pool with DNA tests on my father, whose sample I gathered eight days before his death, as well as my mother, my paternal aunt, and one of my mother’s first cousins. I’m having fun researching those new connections. I also discovered some coincidental connections among my cousins and relatives of my friends!

Other personal positives for me this year include drastically reducing my sugar intake, continuing to meditate and write daily, and overcoming some health issues that plagued me early in the year. 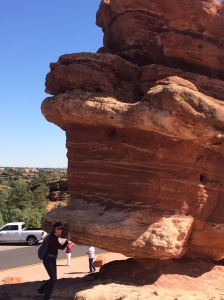 I did not have an opportunity to travel much, or at least not too far or for too long. But, I enjoyed a couple of days in Washington DC seeing beautiful art, in Miami-Ft. Lauderdale FL with old and new friends, and letting the ocean restore some of my serenity in Rehoboth Beach, DE. I traveled for work to Colorado Springs and found some free time to explore – finally remembering how much I love to hike.

I didn’t attend many concerts, but the two I did go to were for groups that I’ve listened to for many years: Sister Hazel and the Gin Blossoms. I enjoyed new albums from Sister Hazel and Matt Nathanson, discovered a rather old release from Sara Bareilles, and was charmed by Paul Loren’s crooning. My reading stalled over the difficult summer, so I only averaged around a book a week this year. My absolute favorites were: Andy Weir’s The Martian, Chris Pavone’s The Travelers, Christopher Buckley’s The Relic Master, Iain Pears’ Arcadia, Jean Hegland’s Still Time, and Catherine Banner’s The House at the Edge of Night.

I’m grateful for my father; I was blessed with a good and just man for a father. He had a big heart and a wonderful sense of humor. I’m also grateful for a few good friends that stuck with me through fortune’s slings and arrows; I will cherish you always and never forget your kindness. 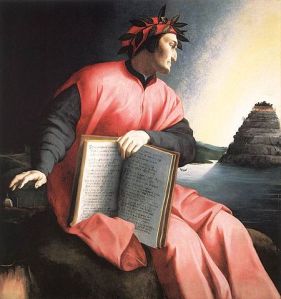 After much thought, I decided that the best thing that happened to me this year was reading a 700-year-old 14,000-line poem.

No, I’m not kidding.

After falling in love with Dante’s Divine Comedy in college, I finally got around to reading the whole work (it only took a mere 29 years). I firmly believe that spending time journeying through Inferno, Purgatorio, and Paradiso in the first half of the year made the hardships of the second half easier to bear. This year I feel as though I’ve slogged through the filthy darkness, suffered through the painful realization of my own weaknesses, and seen a glimpse of the glory that awaits – both with the poet on the page and in my own reality.

The poet Dante knew what it was like to feel lost and alone in a dark wood, facing down ugly beasts, and lacking the strength to make it up the mountain. He had Virgil to guide him and teach him about his errors, and I had Dante to do the same for me. Dante (both the poet and the pilgrim) knew about pain, loss, and exile; he also learned how to rise above it. I’m forever grateful to have his words as I continue my journey as a party of my own. As a genealogist, naturally one of my favorite parts of the Comedy was when Dante meets his own great-great-grandfather in Paradise. As Dante tells him “You are my father…You so uplift me, I am more than I” – I couldn’t help but think of my own father and how he made me who I am.

Tonight I truly celebrate the arrival of a new hope, a new opportunity, a new year. I plan to write more for this blog next year, because there’s a lot more to say about my ancestors. Thanks for sharing the journey with me, and may you have a wonderful year of creativity, celebration, and love.

Here my powers rest from their high fantasy,

but already I could feel myself being turned –

as a wheel whose motion nothing jars –

by the Love that moves the Sun and other stars