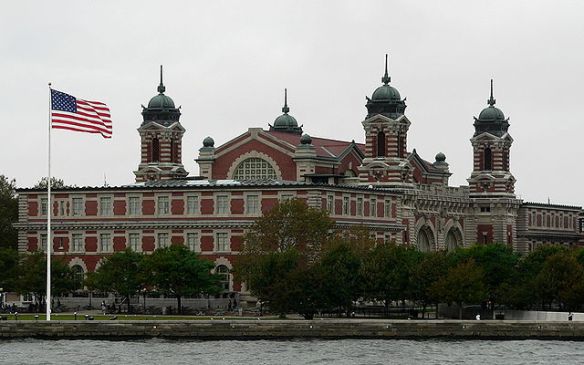 Continuing the Family History Through the Alphabet series…E is for Ellis Island!  Few places in America have the legendary status of Ellis Island.  Any family history that includes early 20th century immigrants holds Ellis Island in high regard as the entryway to this country. There were other ports in the United States, but Ellis Island brought the largest number of immigrants to the U.S. and is the most well-known and perhaps the most “romanticized” of the ports that drew, in the words of Emma Lazarus inscribed on the Statue of Liberty, “your tired, your poor, your huddled masses yearning to breathe free” to this country.

Ellis Island was only one stop on a very long journey, but because it was the entry point to the United States, it seems to summarize the entire immigrant experience. At some point, my ancestors made a decision to leave their homeland. In some cases, they left their parents and siblings behind and never saw them again. Maybe they left because of economic concerns, or maybe they just had adventurous spirits. All of them, I’m sure, hoped for a better life once they arrived here. As a result of that one decision, they traveled long distances from Germany and Poland to ports throughout Europe: Hamburg and Bremen in Germany, Antwerp in Belgium, and even Southampton in Great Britain. Then the transatlantic journey began – approximately two weeks at sea. Third class steerage was no vacation cruise; quarters were cramped and uncomfortable. Some of my ancestors made the journey alone, including some females, and other female ancestors bravely traveled with their young toddlers. And then…America! Their first glimpse of the new country, their hope for a new life, was Ellis Island.  I have no idea what they thought at that moment, but I do know that without that decision, without that journey, without that arrival into a melting pot of a new country with a new language and a new way of life, I would not have been born.  Or if my ancestors from different countries did happen to meet elsewhere in the same combination, I would not be American.  Therefore, I’m very grateful for their decisions and their journey that brought them to Ellis Island.

Over 12 million immigrants entered the United States through Ellis Island between 1892 and 1954. Fortunately for their descendants who are interested in genealogy, passenger lists were required for each ship. The lists provide a wealth of information, but some years have much more than others. Besides finding out ages, occupations, and occasionally birthplaces, we also sometimes learn the physical descriptions of our ancestors. Without photographs, learning the person’s height, hair and eye color, and complexion allows us to mentally picture these travelers. The lists make the stories “real” – the first time I found one of my ancestors on a passenger list (on microfilm in pre-digital days), I let out a whoop of joy and did a genealogical happy dance.  Those names I learned were really real! That’s how my family research began – finding my family’s American beginnings in Ellis Island’s records.

I finally took my own journey to Ellis Island in the summer of 2010 with five genealogist friends. It was a wonderful experience.  I was surprised the “Great Hall” was not quite as large as it looks in photographs. What made our trip meaningful was that all of us had ancestors who arrived through that port and the realization that their fateful decision to come here shaped our own lives.

I have previously written about several of these immigrants as well as using passenger lists for research. Read the other posts about passenger lists and the immigration experience here. 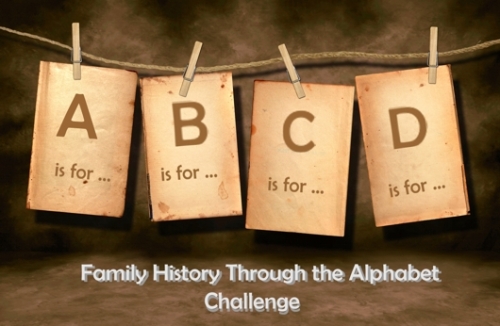 [Written for the weekly Family History through the Alphabet Challenge]

2 thoughts on “E is for Ellis Island”